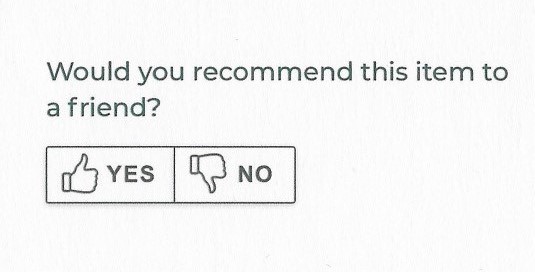 I’ve started writing this post at least three times. Each time, I start chronicling all that’s transpired since mom & dad contracted Covid in October, and each time, I get partway through and think: “Nah. Too much.”

The reality is that it’s been overwhelming to live through, which makes it hard to write about without going down a hundred rabbit holes. But you probably don’t want or need to go down all of them. So instead of a chronicle, I’ve decided to update you, dear reader, in the form of a review.

Our rating scale is five stars, with five, as is typical, indicating an awesome experience. Partial stars are allowed.

1/2 star. They survived. The whole ordeal pretty much sucked. They recovered, but their lives have shrunk like a cheap cotton tee shirt.

This shitty experience caused Mom, who was having a hard time cognitively beforehand, to lose 90% of her cognitive abilities during her encounter. She has since rebounded, but the rebound, if you’ll forgive the bad metaphor, was off a significantly deflated ball. So she’s declined a pretty fair bit compared to where she was pre-virus, and given the nature of her dementia, she isn’t likely to regain anything further.

The good news, and the only reason we didn’t rate her experience even lower: her motor skills are solid. She’s able to drive again for her short trips to the market down the hill, and her spirits are far higher in general than they were during the experience. She’s learning to give herself a break and even laugh sometimes when she loses her train of thought or can’t find the words for what she’s trying to express. I give no credit to Covid for this though, because this happens much more frequently now, as in several times an hour.

She also developed atrial fibrillation during her Covid encounter, and there were times that her blood pressure was dangerously low. The silver lining to that little twist was that we were able to eliminate her high blood-pressure medication. One less medication is always a blessing if you ask me. So that nets out to zero in our rating.

Dad’s mobility and strength, like mom’s cognition, had been in steady decline before we tried Covid. His version of the virus accelerated that decline. As with mom’s cognition, dad has rebounded, but far less than mom. Despite physical therapy, he’s now mostly bed-bound.

We did get him into a care facility, but it took an inordinate amount of effort. A plus from that stay (no thanks to Covid) was that, as I’d hoped, the discharge did come along with the recommendation for home medical equipment to make him (and his caregivers and me) much safer and more comfortable in this next phase of his life. We now have a hospital bed (complete with inflating pressure-relief pad and full electric automation) and a Hoyer lift so we can safely move him around and least get him sitting up in his wheelchair for an hour or two most days.

(The bed and the Hoyer lift would both get 5 stars, by the way.)

Tim and I built a ramp for him in the garage, but the reality is that we’ll probably only use it to take him out for walks in his wheelchair. Covid sapped so much of his strength that getting him into the car to take him anywhere might be possible with the Hoyer lift, BUT, extracting him at the destination would be close to impossible. He just can’t help with the transfer.

Is he going to get “better?” Not likely at all.

We continue to work with him on stretching and strength exercises, not for the sake of making him better, but to at essentially keep him from completely withering away. Thus, “keep him from becoming human Jell-O” is now the name of our game. The caregivers do range-of-motion exercises with his arms and legs a couple of times each day when he’s in his bed. They change his position several times a day as well to avoid bed sores.

I’m there every day now, too, so we can (attempt to) get him up and standing at one of the grab bars in the bathroom. The objective is simply to get him to bear his own weight for a minute or two, take a few steps to each side, a couple of steps backward. Then rest and repeat. I say “attempt” because there are days he flatly refuses to do it. Sometimes, if I sense that he’ll respond to logic, I try to talk him into it. I’ve only succeeded once.

As for his cognitive capacity, it really depends on the day. Some days are “good:” he’s with it, joking, engaging with us. Other days, he can be borderline catatonic. (Those are usually days I don’t try talking him into his standing exercises!) Another big drag on our appropriately awful rating.

Would you recommend Covid to a friend?

I have had to totally rethink my father’s medical care. With the difficulty in transporting him anywhere by car, I’m getting whatever I can to come to him. I found a house-call podiatrist. I’m working on setting up palliative nursing visits, just to keep eyes on him. I haven’t yet come up with a dentistry option, but I’ll keep looking.

I try to do the “big” grocery shops with mom these days. As it is, a simple run to the market three minutes away for a few items can now take her an hour. I let her do those because I don’t want her to feel that she’s losing her independence, but I’m a little more hesitant for her to go to the larger Stop & Shop by herself. Sometimes she sneaks out anyway, even though I’ve told her I’d like to go with her. When she does, she’s routinely gone for three hours.

Terrible experience! DO NOT RECOMMEND!

The list of changes and challenges Covid has inflicted goes on and on. Yes, we’d likely have come to this place (or someplace similar) eventually without its assistance, but it certainly caused life to become a lot more complicated a lot sooner.

Thanks for nothing, Covid.