The Friday before mom’s second cataract surgery, as I mentioned in my post a couple of weeks ago, was her first appointment with the geriatric psychiatrist, Dr. M. We came away from that appointment with a prescription for a medication to treat her depression, with him telling mom that any side effects were rare and, if any appeared, typically very mild, tending toward those of the gastrointestinal variety. He recommended that she take it in the morning with food to avoid any of those potential side effects. I swung by the pharmacy first thing on Saturday morning to pick up the prescription, and since by now we were back on the 3 eyedrop-a-day regimen for the second pre-surgical eye (while still administering 2 a-day for the first eye), I dropped it off when I delivered the first round of drops for the day.

There were 2 dosages of the depression medication: a lower dose to start for the first week, then a higher dose she was to take for another week and ½ before her follow up appointment with Dr. M. I put the higher dosage bottle away in the cabinet, leaving the lower dosage one on the kitchen counter where she would see it in the morning when she made her breakfast. I left all the standard literature that comes with any new prescription off to the side on the kitchen table. I came back in the early afternoon for round 2 of the daily eyedrops to find my mother somewhere well-beyond agitated, bordering on the accusatory:

“I’m not taking those new pills.”

Instantly I knew what had happened.

“I read those papers and it said there could be eye problems so I called Dr. M’s office and told him I’m not going to take them.” She didn’t want to risk messing up the surgery.

I started to remind her that Dr. M had said that the side effects were rare and mild, but thought better of trying to talk her into it at this stage given her frenzied state of mind. She continued, attempting to convey her concerns, her frustration building , unable to extract and articulate the thoughts in her head. I quickly put it all together based on the sentence fragments she was hurling at me. Her eye doctor didn’t know about this new medication because she hadn’t been on it when they last reviewed her medication list. Then she wasn’t sure *who* she’d called, causing her more frustration, so I looked at the call log on the phone. Turned out she’d called the eye surgery center. I told her they weren’t open on the weekends so they wouldn’t be getting back to her until Monday morning, but also conveyed not to worry about it – if she wasn’t comfortable taking it yet, then she shouldn’t take it. We’d wait to hear from the surgical center or the doctor on Monday to be sure it was OK, and if it was, she could just start it on Tuesday, since she had to fast Monday morning before the surgery.

Monday morning the surgical center called back and told her the medication wouldn’t interfere with her surgery. I did the drops, later than normal, just before we left for the surgery, which, this time, was scheduled for noon. All went well, and, because she now knew what to expect, though I offered to stay over again this time, she was comfortable with me spending that night in my own bed. I reminded her though, that if anything was even a little bit off, she should just call me.

I arrived the next morning around 9:15 to help her remove her patch and dressings and to be sure she ate something and took her first dose of her new medication. Her appointment was at 10:15, so we were planning to leave a little after 9:30, so I was surprised to find the place eerily quiet. I called out. No answer. I wondered if she’d overslept.

I went to their room to find her sitting in the chair next to her dresser, in quiet tears. She seemed shaky and weak. Panic rose. She said she was feeling dizzy and strange and that she didn’t think she’d be able to go to the appointment. I felt her head for fever as I ran through the list of post-op complication warning signs I’d since memorized: bleeding through the dressings (no); fever (no – though she was a little sweaty); chills (she said no); nausea (no); vomiting (no); pain at the surgical site (it felt like the other eye had, so no). I asked her if she’d eaten anything (no), so I went out to the kitchen, peeled her a clementine, poured a fresh glass of cold water, and brought them in to her.

It was imperative that we see the doctor that day for the post-op follow up, but I told her not to worry – that I would call to change the time to later. While she ate the clementine, I called the doctor and left word on his assistant’s voicemail with what was happening and asking if we could bump the appointment to later.

After a few minutes, mom seemed marginally better. I made her some toast. Hannah had arrived so she helped her finish getting dressed. They came out to the kitchen and I went back to get my phone off her dresser, distracted for a minute by a reminder that had popped up on my screen. I came back into the kitchen to butter the toast. By now she was sitting in her spot at the table, so I washed my hands in preparation for removing her patch and dressings and doling out another dose of eyedrops. The eye looked red, as the other one had the morning after surgery, but nothing alarming. I decided to wait on the eyedrops until after she’d finished her toast.

As I went back over toward the sink to grab a napkin for her, I saw the bottle with the new medication on the counter, so took one out and brought it over to her to take now that she was eating something a little more solid. As I laid it on the table next to her plate, she said, “Oh, I took that already.” (What?!?)

“You did? When? Like before I got here this morning, or just in the past few minutes?” (Could she have taken it in the time it took me to get my phone?)

She thought for a moment. “Before you got here. I was up early and walking around and I saw it so I took it.”

“Did you eat anything when you took it?”

“I think that’s why you were feeling so dizzy and strange! Dr. M said you should take these with food or they might make you feel funny. How are you feeling now that you have some food in you?”

My phone rang. It was the doctor’s assistant. I explained what I thought had happened and that I thought we may still be able to make it but we might be a few minutes late. She said not to worry and did some re-arranging of the schedule, working us in after 1:00 that afternoon instead. Perfect.

Mom finished her toast, now on the upswing. I plopped in another set of eyedrops and headed home for a couple of hours before I’d be back for the post-op appointment, which went not unlike the one for the left eye. Another week of 3 drops, 3 times a day in the right eye until we were back for the second follow up appointment. We could stop the drops for the left eye, which felt like a small victory.

At the second follow up, the doctor noticed some swelling in the left (first) eye, so my small victory evaporated as the regimen was shifted again: 2 drops, twice a day, in *each* eye until the final follow up appointment at the end of April. As I’m typing this, we’re counting down the last few days before what should be the final follow-up appointment, the much-anticipated measurements for her final eyeglasses prescription, and The End of the Eyedrop Episodes. There’s a part of me that will rejoice, and another part of me that’s already working on a reason to go over there every day anyway. Maybe just not twice a day. . . 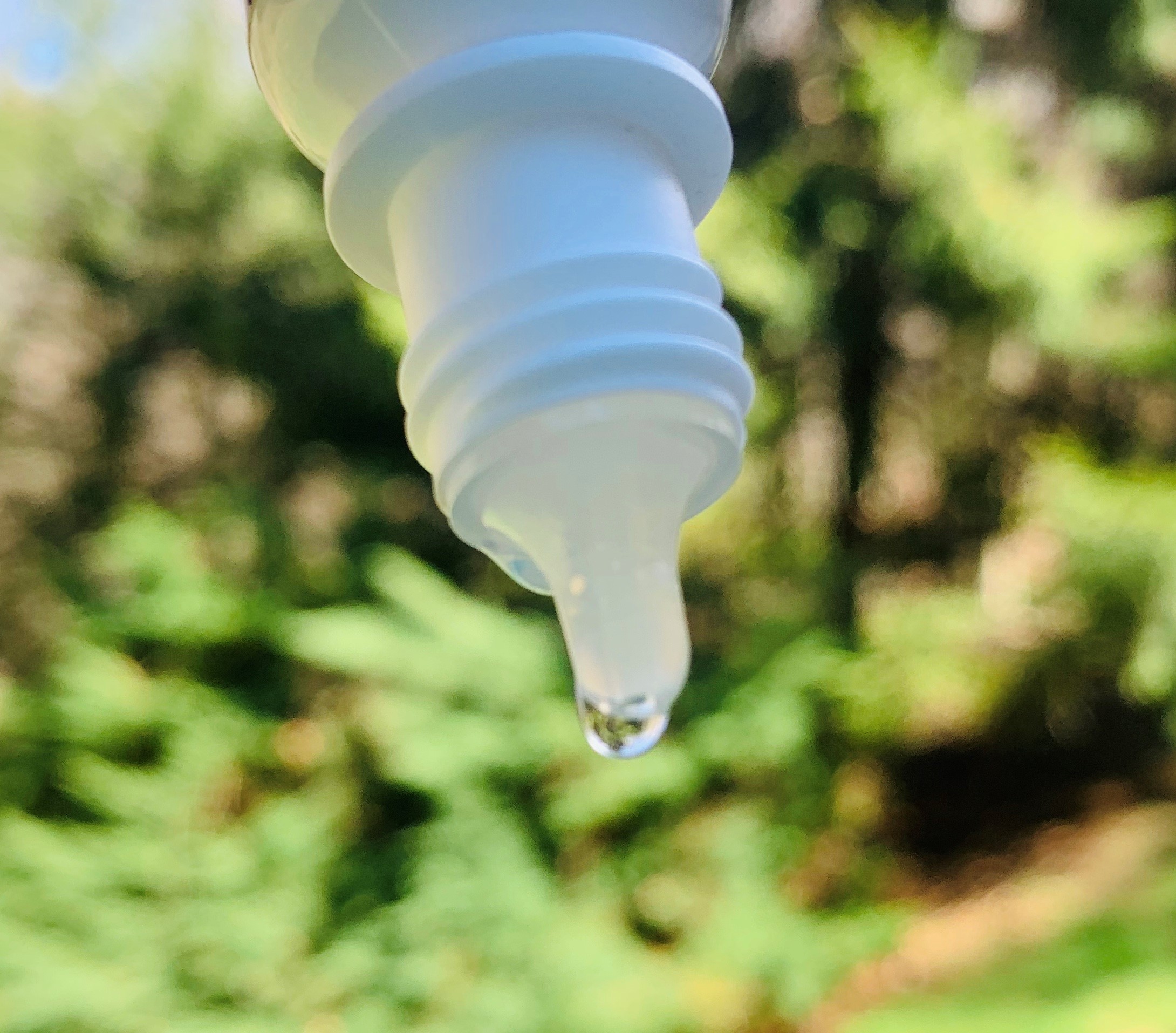