Parenting the Parents – Part VIII. To Chill, or Not to Chill.

Dad is usually pretty laid-back these days. He’s accepted his dementia diagnosis and its unknown cause, which is interesting, because before we received the official diagnosis, he seemed a little fixed on the idea that it may have been a result of getting banged around playing football in his teenage years. He brought it up regularly as we discussed the steps we’d be taking once they moved. When we had our first appointment with the geriatric psychiatrist and the doctor explained that the causes of vascular dementia are still not fully understood, dad, as he has come to do so well, rolled with it, and he hasn’t brought up the football theory even once since then.

For the most part, he appears to have found peace with what’s happening with him, and (this is the part I love the most) he’s particularly good at not taking himself too seriously. He can laugh at himself, even in relatively dire circumstances, like when he’s slipped out of his lift/recliner chair and he’s stuck on the floor like a stranded sea turtle (though now that they’re set up with alert/fall-detection buttons, at least we have the peace of mind of knowing that if it happens in the middle of the night and mom doesn’t know or hear him, we’re covered). He sometimes has accidents due to his incontinence and the fact that even the best adult diapers can have fit gaps or (gasp) capacity limits. He’s forever making a joke of it, and when I’m there to witness it, I go right along with it (“jeez dad – I think we may need to cut off the Pepsi!”). I do this because it’s fun – for dad, who has decidedly NOT lost his sarcastic sense of humor, and for me, because I’m always seeking the humor in everything (unless Tim is criticizing my cooking – lol).

There’s a third reason I encourage the self-effacing banter with my dad: to reinforce with mom how important (and easy) it is to let things go when you realize that’s actually a choice you can make. I know how difficult this can be because I live it in my own house every day, where I’m my own version of my mother. When you’ve spent most of your life trying to keep things reasonably clean, orderly, and organized, that can be a very easy channel for bigger frustrations and fears (i.e. worries of what life might be like when he’s gone or how much more difficult things could become before that).

Despite the fact that disarray and disorganization are anathema to my entire sense of self, and I may never completely work through my borderline OCD over having a clean sink and countertops, I consider myself quite lucky that my husband and both sons have ADHD and my older son is also on the autism spectrum. Living with them has taught me, over the space of 20+ years, that I need to just release control and let stuff go. A lot. Or I’d spend all my life steaming in my own irritation, sucking the life and the joy out of everyone else along with me. So I’ve already had lots of practice, while mom hasn’t. Therefore, I try to take advantage of every opportunity that arises to show her that there’s a choice.

The day dad came home from rehab, he got to finally try out his new lift/recliner chair, which had been delivered the Friday after he went into the hospital, nearly 3 weeks earlier. I spent 10 or 15 minutes walking him through how to use it, showing him the different buttons on the remote and what they did, having him practice with it, while mom and their caretaker, Hannah, were out in the kitchen. (I had walked mom through it as well so she could take advantage of the chair while dad was still in rehab). He settled in and all seemed right with the world.

The following morning we had an appointment for dad for some follow up bloodwork, so I took him and we made an outing of it, stopping at McDonalds on the way home. After I’d dropped him (and the Egg McMuffins and hash browns) off with mom and Hannah, I went back home to do some work, trying to get myself ahead of the game in advance of a quick 6-day vacation to Mexico I was taking the following week. Around 11:15 mom called, completely pissed off because the toilet in the master bathroom was stuck and wouldn’t stop running, which just reminded her that the faucet in there also had a leak and oh-by-the-way she hated this place. AND the sky was falling. (Okay, she didn’t say that, but that was the tone). I had a call at 12:30 so Tim & I quickly ran down to assess what was needed but told her we couldn’t get to Home Depot to pick up parts until after 1:30. By 3:30 everything was fixed, including an entirely new bathroom faucet. Mom was a little contrite, apologizing for being so mad about it and taking it out on me. I told her it was OK, that I understood, and rather than getting all angry, all she ever had to do was call us.

Later that day, after dinner (and after Hannah was gone for the day), the phone rang again. This time it was dad:

“Marcia, it’s your father.” (No “Hello” first. Clear strains of irritation in his voice. I steeled myself).

“Not me! They brought me this goddamned chair and no one bothered to show me how to use the damn thing!” (Often, for both mom and dad, when something distressing happens, the nefarious “they” are a part of the story. These are the “they” of the paranoia that seems to be a part of the deal in so many cases of dementia. I bite down on my urge to challenge who the hell “they” are, realizing that will be nothing but aggravating and unproductive for both of us).

Stupidly, I attempt to walk him through which buttons on the remote do what (because I’ve tested it myself; I’ve shown my mother, and him, how to use it enough that I have the controls more or less memorized), and in the back of my mind I wonder where mom is as dad unleashes another irate invective at me about how confusing this goddamned thing is. The place isn’t that big – she has to be hearing this.

I ask him if he wants me to come down to walk him through it again and he says yes, but how the hell am I going to do that from Mexico, which is where he thinks I am right now (I tell him I won’t be in Mexico until next week, choosing to let slide the fact that he called me on the land line at my house). Then he yells at me in advance for going on vacation. I remind him that it’s only for a few days; they’ll have Hannah and Tim and James; my sister and her husband are coming down to stay with them over the weekend, but that’s little consolation to the Incredible Hulk who’s emerged, green and seething, on the other end of the phone.

Meanwhile something lodges in my subconscious: guilt-throwing is a rarity with my dad, so this must be deflection. I’m forming the idea that mom probably couldn’t remember how to use the chair either and got upset – more with herself than with him. The only thing that ever really flustered my dad was when one of us was really hurt or distressed, and I’m beginning to realize that pattern is 100% intact. I am presently squarely in the downstream path of their emotional sh*#storm.

I inhale deeply and exhale silently as The Hulk carries on. When he takes a breath, I offer calmly, “Dad. If you want me to come down and show you how to use the chair again, all you have to do is ask. If you’re not nice and you’re just going to yell at me, though, I’m not going to come. (Pause). Do you want me to come down and walk you through it?” Finally quelled, Bruce Banner replies, “Yes. That would be good.”

“Okay. I’ll be down in a few minutes.” I hang up the phone and exhale through puckered lips, mainly just to center myself. Tim, who’s been unable to avoid listening to this whole episode, jumps in. I know he’s trying to protect me when he tells me, a little angrily, that I shouldn’t have to just drop everything to run down there, but I snap at him and tell him that he needs to back off and stop telling me what my parents need and don’t need. The reality is that this won’t take long, and it’s going to calm them down so they, and I, can have a pleasant night. What I don’t need is him telling me how I should be reacting. What I do need is for him to just support me. He gets it, and gives me a hug, telling me he loves me and that I’m a good daughter, as I zip up my coat and head out the door.

I work with dad to unravel the mysteries of the chair. I make him press the buttons to practice standing himself up and sitting down, several times, until it seems that he has at least the basics down. I remind him that when he sits down he has to scoot his backside to the back of the chair so he doesn’t end up sliding off the front of it like he did yesterday (which had led to another call from mom to come and rescue him). Once he seems settled, I go out to mom, who’s been in the kitchen the whole time, cleaning up after dinner. Part of me really wants to just go home, but my better angels are guiding me differently.

We talk about the chair episode for a few minutes with me kicking it off with a joke, “man, I haven’t heard dad *that* pissed in a long time. I guess he was really upset about that chair.” She’s OK, but gets a little frustrated and weepy about it, which is really her reaction to feeling dumb that she (and he) have such a hard time with new things. I tell her that we all struggle with new things – I do almost every day – it just happens. But I tell her she has a choice about how she wants to deal with it: in a state of constant anger and frustration, where it’s actually even *more* difficult to learn because your emotional energy is being diverted to being angry; or to just shake it off, take a few deep breaths, exhale, and try again; or just call me. I point out that usually when these things happen, no one is dying (or, if they are, she needs to push the button), so to just remember to breathe.

I give her a reassuring hug, telling her I love her, and reminding her that if they just remember 2 things, their quality of life will be so much better: 1) BREATHE, and 2) drink water. She hugs me back, laughing a little; tells me she loves me too, and she doesn’t know what they’d do without me. I remind her that’s why we did this, and I’m so glad they’re so close. I really am. 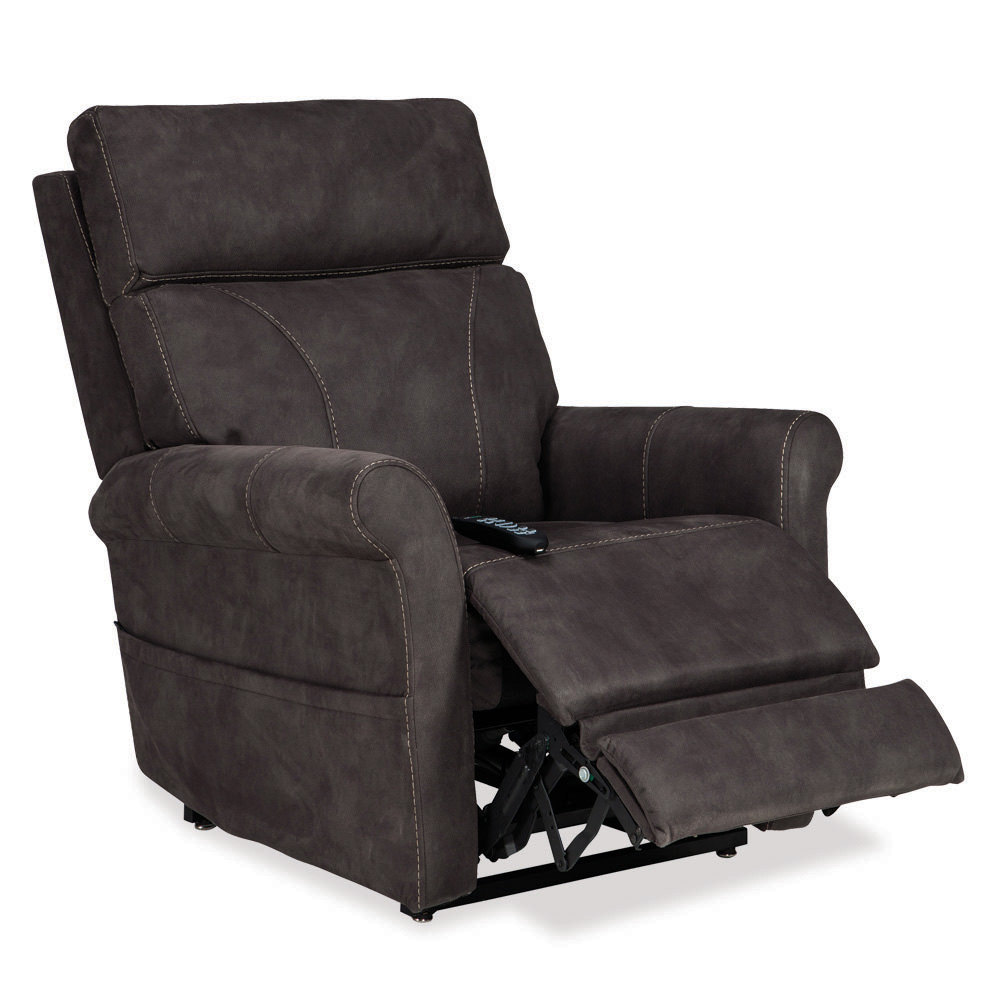