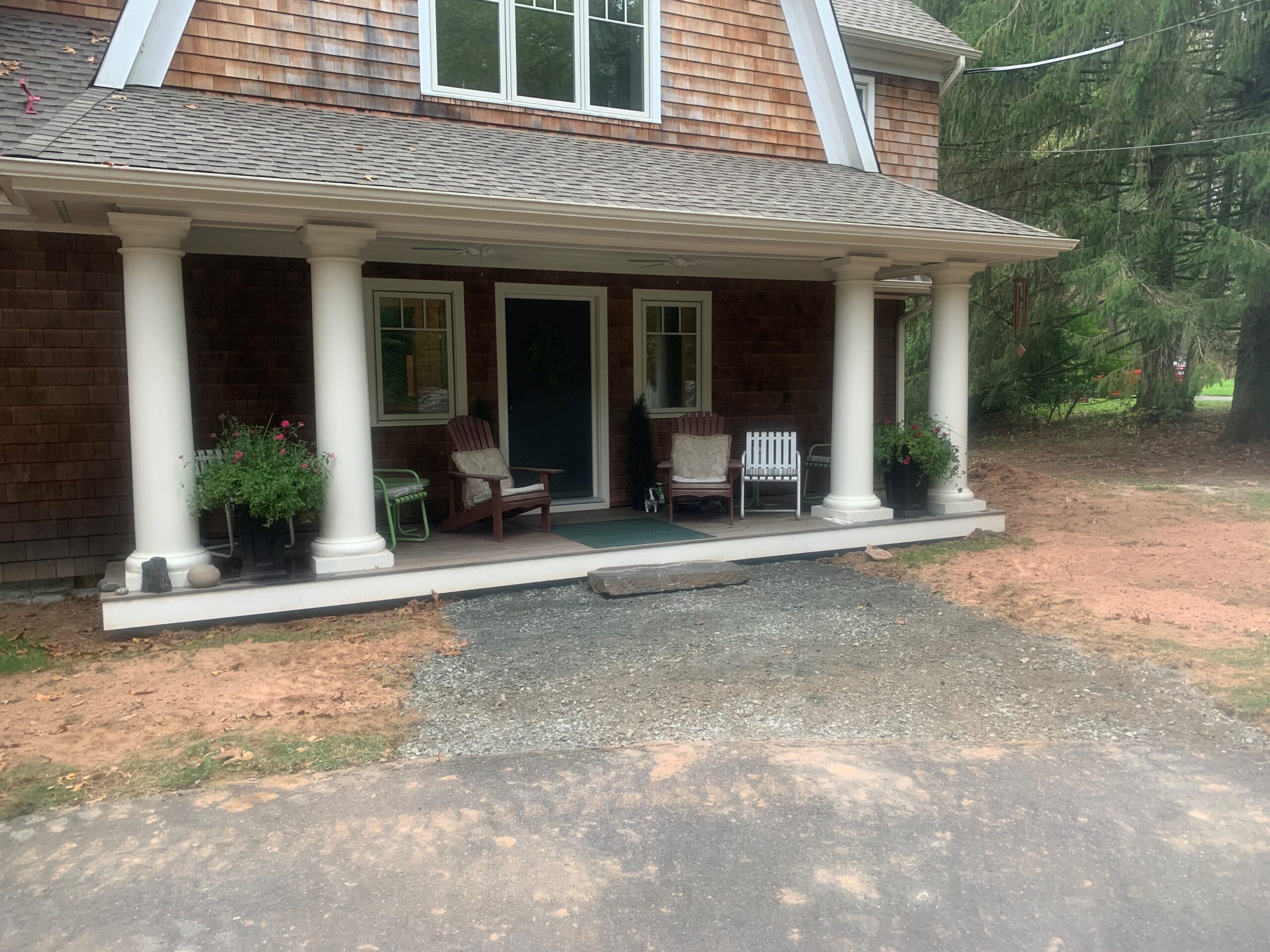 Amazing what can get done in just two days!

We love our contractor. Not only is he great at what he does, he’s smart: knowing he was running behind with another project, rather than waiting until this past Monday to start our landscaping job (as had been the original plan), as you may have seen, he showed up on Saturday, AND Sunday, instead.

Turns out this was excellent “client management” on his part, because that other job has now consumed this week. He stopped by late yesterday afternoon to pick up the second of the two machines they used for the heavy digging and large rock-moving over the weekend. When he did, he (gently) delivered that news.

It wasn’t really a big shock, nor was it a big disappointment. When they were wrapping things up on Sunday evening, he wisely leveraged my delight at all the progress they’d made over the weekend, telling me about wrapping up the other job, and setting the expectation that we may not seem them a lot this coming week.

Last night he confirmed it, but also promised they’d be here for the full week next week. Having seen his work throughout this neigborhood, I know it’s safe to believe him. Plus, I’ve honed my capacity for patience very carefully over the past several years.

Given what they accomplished in those two days, I can only imagine how far they’ll get next week!

Here are a few shots from Sunday evening:

Progress is great, and patience is hard when you’re this excited about something. But, I have no choice, so patience over progress it shall be!