Parenting the Parents – Part X. How do you Solve a Problem Like Dementia?

If you’re of a certain age, perhaps the title of this week’s blog puts a certain song from “The Sound of Music” in your head. Sorry if that now becomes your earworm du-jour.

Going back a few weeks, I shared how mom’s post-surgical home-care occupational therapist performed a cognitive screen with her and her scores indicated fairly significant dementia. I wasn’t there when the O.T. (I’ll call her Nina) did the screen, but knowing how my mom had been struggling emotionally with all the challenges aging suddenly seemed to be throwing her way, I worried that she’d internalize this, adding it to her growing list of worries, fears, and perceived shortcomings. (Among them: her need for a pacemaker; a recent visit to the eye doctor that resulted in her being scheduled for upcoming cataract surgery on each eye, along with 3 separate follow-up appointments for each surgery; her ongoing bouts of word-loss – being able to picture something but not give it voice). No amount of reassurance or logic seemed to change the self-critical frame into which she painted these facts.

I asked Nina how mom had reacted. She told me she (mom) knew she “hadn’t done well,” but Nina reassured her that there was no “well or not-well,” and that it had nothing to do with her intelligence. I knew my mom. I knew she’d hear the words; but I also knew they’d likely bounce uselessly off her looming sense of diminishment. I pressed, “how did she feel about *that?*”

“Well, she wasn’t too happy, but I talked to her about it and by the time I left she seemed better.”

Nina suggested that I get mom in to see the geriatric psychiatrist my dad had been seeing (“Dr. M”). I promised I would, and wondered out loud how on earth I was going to bring this up with her. Nina reassured me that I shouldn’t feel like I had to do that right away, and that when I did, I didn’t have to make a big deal about it. The reality was that it was important that we get it checked out because we might be able to do something to improve it. My dad did seem to be doing fairly well on the medication he’d been taking, but mom’s “presentation” was so different that I was skeptical the same thing could work for her.

I called Dr. M’s office to see if I could schedule an appointment around the same time my dad was slated to go back for another follow up in late March (it was early February). Though the practice wasn’t taking new patients, they were accommodating considering that dad was already a patient, and even maneuvered things to schedule mom’s appointment in the time slot immediately prior to dad’s. They asked if we’d had any MRIs or CT scans and I shared with them her fainting episodes prior to her pacemaker implantation, and that 2 CT scans were done prior to her surgery. They said they’d arrange to get the images from her doctor. I was happy for all of it, but inside I was still fretting about how to tell her.

I called my sister and filled her in. She had no difficulty relating to my concern about bringing it up, so we agreed that I’d bide my time and wait for the right moment to “go there.” Several days later, I decided to write the appointment onto their two calendars, in plain sight, as a possible catalyst. It was scheduled for a Friday afternoon – as it happened, the Friday before the Monday she was scheduled for her second cataract surgery, so I figured she’d be checking the calendar as the date of the cataract surgery approached. I wanted to let it come up in the natural flow of things. Eventually, it did, two days beforehand.

Mom: “Hey, how come I have an appointment on Friday with Dr. M, too?”

Me: “Remember your occupational therapist Nina? And that test she gave you?”

When I headed home a little while later, I wondered if that was it – all that worrying over nothing. The next day (the day before the appointment), she revisited it: “I remembered that test Nina gave me. So what’s going to happen on Friday?” Her voice was slipping back and forth over the fine lines between curiosity, fear, and irritation.

“Well, you know how you’ve been getting frustrated over losing words sometimes? Seeing Dr. M will help us start to figure out what’s going on with that. You’ve noticed how daddy’s been doing pretty well on his medication from Dr. M, right? They may be able to do something that will help you, too, but they need to see you in order to do that.”

Once again I was relieved that she seemed to accept this explanation with little angst.

When I arrived Friday prior to the appointment, however, the angst level had clearly ticked upwards, evidenced with mom’s defiant announcement: “I don’t know what they’re going to ask me today but I may not be very nice about it. They might just kick me out.”

“I don’t think they’ll do that mom. Remember, this is exactly their specialty. They’re here to help figure out what’s going on, and to come up with things that might make it better.”

As we pulled into the parking lot of Dr. M’s office, she declared, “I just want you to know I’m not very happy about this.”

“I know you aren’t, but we trust Dr. K, and she wanted to make sure we did this.” It was helpful to fall back on Dr. K, for whom mom had developed great affection – she recognized that Dr. K’s actions the day of the pacemaker implant had probably saved her life.

The first 30 – 40 minutes of the appointment were tough. Karen, the therapist, administered another SLUMS test. In many of the areas, mom did fine, but it was hard to watch her struggle with others – not for the fact of any cognitive deficit on its face, but for how hard it was for her to wrestle with the emotions that came up when she had a tough time with something. Karen was patient and careful, reminding mom that there really were no right or wrong answers. When mom would struggle she’d sometimes prompt gently, following, I’m sure, administration protocol for the test, as eventually, it seems that scoring weighs out the differences in how questions are answered (straight away; with prompting; or not at all). She also went through a series of depression-related questions. We talked about mom’s hearing, which had also been problematic.

Ultimately, Karen walked us gently back through the results of the SLUMS test and depression screen. She shared that there were some areas where mom’s scores indicated normal cognitive function, and others where there were challenges. She also highlighted that mom’s score on the depression screen fell just below the threshold for clinical depression. She assured mom that this was not at all unusual, and that depression could be a significant factor in cognitive functioning. Very often, she noted, treating the depression made a big overall impact.

We talked. I reinforced how glad I was that we were there and how it hurt me to see mom beating herself up when she couldn’t remember things or when words wouldn’t come out. I confessed that it seemed to me that she felt it meant that she was somehow “less than,” or not smart, and how untrue that was. We cried. We hugged. The whole mood shifted – so much lighter. Karen reiterated the importance (as she’d done in the past with dad) of physical exercise and doing new things to stretch the brain. We made a list of things we might be able to do: playing set-back and re-learning cribbage. Making bird houses. Getting some new CDs to listen to. Dr. M came in and, as he reviewed the scores (and likely Karen’s notes), he echoed Karen, stating that he’d like to take a shot at treating the depression first, to see how that might go. Mom was on board.

Dad arrived for his appointment right on time thanks to Hannah, their caregiver. I brought him in to mom’s appointment, as had been the plan, and we brought him up to speed with the findings and the plan for her. Dad was his characteristic, agreeable, low-key self. We rolled from mom’s appointment into his, which was a basic check-in. It went smoothly. We made follow up appointments for both of them.

While Hannah took dad home, I took mom, stopping on the way home for some groceries. She told me, more than once, how much better she felt, and how good it was to get all of those feelings out. I told her how glad I was, and how optimistic I felt that we were on a more positive path.

I walked away enlightened about depression and its link to dementia. Everyone’s is probably slightly (or a lot) different, and determining other areas of potential impact (such as depression) is important to coming up with a plan to manage it with the most appropriate approach. Now to get them to exercise, and to their proverbial, Sound of Music Switzerland. . . 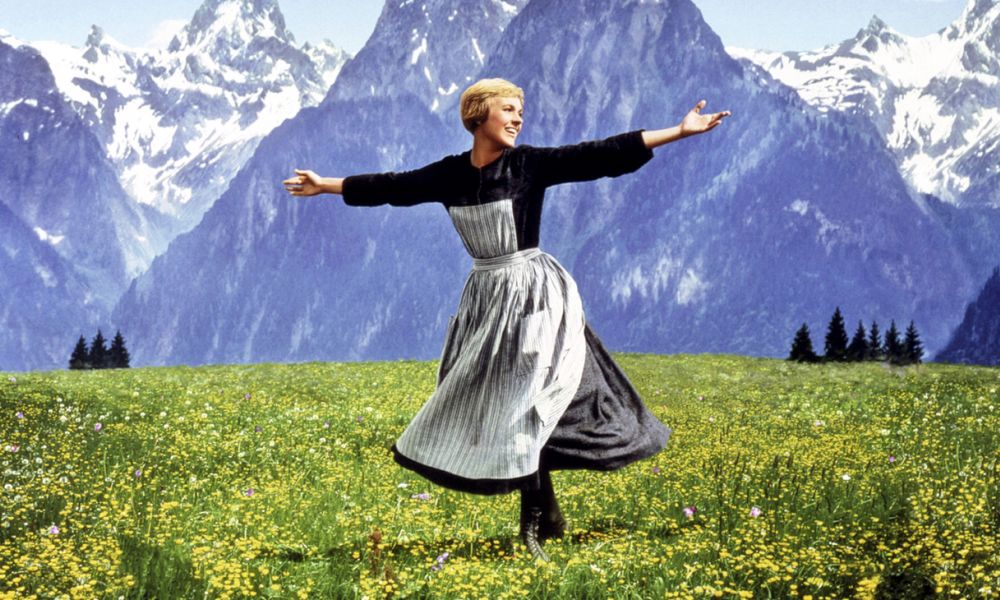