Surviving Kitchen Warfare on the Homefront 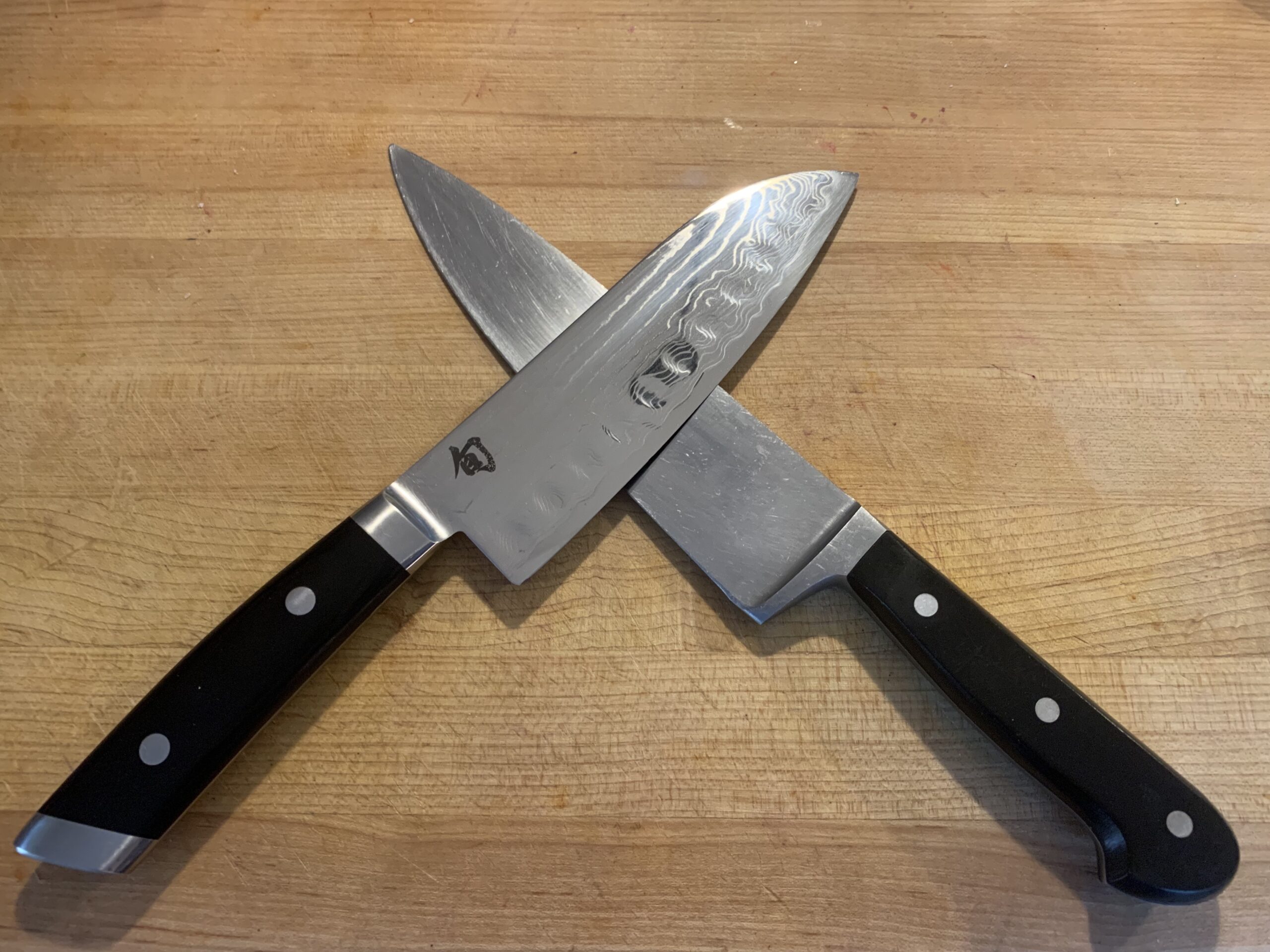 There is seemingly no end to the things that can tax a marriage if you let them, and in my household, for a long time, food, especially “what to have for dinner” was another version of shoes left in the middle of the hallway (or, pick your spousal pet-peeve: dried toothpaste in the sink, hair in the shower drain, dirty dishes languishing mere centimeters from the dishwasher; snoring – ohmygod would you JUST. STOP. long enough for me to fall asleep?!?). Allow me first, though, to lay down some baseline facts:

1) My husband is an amazingly talented and funny person, one of whose stated goals in life 30 years ago was to become his own version of “Mr. Mom;”

2) In addition to being talented and funny, he also has ADHD. If you know or love anyone with ADHD, you know, and may live with the characteristics of distractibility, lack of organizational/”executive management” brain functions (a.k.a, “filters”), and hyper-focus that are typically included, out of the box, at no extra charge, with the ADHD mind;

3) He is wildly self-critical. His inner voice is an ambitious, rampaging jerk – often unsatisfied with ravaging only *his* psyche, and requiring additional fuel from others as well, namely, yours truly;

4) I was more than happy to accommodate my husband’s Mr. Mom goal, and for the most part, it worked out pretty well. Except, for a long time, around the kitchen.

Actually, it was fine for a while. And by “a while,” I mean several years. When the boys were young, I barely remember meals, to be honest. There were some periods when I worked from home and I must have done more of the regular cooking; I always tended to do the weekend cooking, which, many times, morphed into weeknight dinners. We held steadfastly to the notion that we were NOT going to become one of those families whose kids’ dietary range consisted of pizza, chicken nuggets, mac & cheese, tater tots and ketchup.

I really enjoy cooking – the process sometimes feels a little bit magical – like alchemy – and it consumes me in the happiest way. Usually what I cook turns out well (though heaven knows I’ve had my share of fails, like the time I inadvertently mixed too much lemon juice into a marinade for sole and ended up with a dish I look back upon as “Ceviche Involuntaria,” which, not recognizing what chemical process had taken place, I then put in the oven anyway. Giant yuck). I can easily while away a full day in the kitchen indulging my inner Mark Bittman, whether just because, or for a planned get-together. There’s usually way too much, so if it turns out well, these days I text the neighbors and throw an impromptu party around the bounty. (I love my neighbors, and they’re brilliant guinea pigs to my culinary experiments). However, many times we end up getting tired of having repurposed Sunday dinner leftovers and food gets thrown away, which bothers me.

As the years rolled by I kept cooking, and experimenting, sometimes working my own version of an old Food TV (now Food Network, of course) show where a chef would come into someone’s house and whip up a meal with just what they had in their fridge and pantry. But that wasn’t happening regularly, and it left my poor ADHD husband with the task of figuring out most of the weekday meals. The good news: the range of dinners we ultimately settled into didn’t consist of pizza, chicken nuggets, mac & cheese, tater tots, and ketchup. The bad news: the repertoire instead included grilled cheese (often accompanied by Campbell’s Tomato Soup), hot dogs and beans, pierogis with caramelized onions, mac & cheese and pizza. And steamed broccoli. There was lots of steamed broccoli, though for one of the boys, gag-inducingly, it was dipped in ketchup (no joke). It had become a routine of convenience and speed over variety and health, and it made me crazy.

He also took to questioning essentially everything I created, from selection to preparation techniques, and no matter how many times I pleaded with him to just let me be me and have my joy; no matter how many times I turned out something good, he found a way to criticize it (though he never saw it that way – for him, it was just benign observations, unencumbered by any “I’ve learned from experience that I probably shouldn’t do this” filters). He would then fail to understand how or why this could possibly upset me, despite my repeated explanations that his criticism *really* pushed my buttons. To be honest, he probably never tuned all the way in to my “explanations,” partly because of his distractibility, and partly because they were usually screamed angrily at him, often while I happened to be gripping my chef’s knife.

It made my blood boil, and no matter how I rationalized that I shouldn’t let it get to me, I felt like I put my heart and soul into my cooking, and he was stomping on it. Plus, he rarely made any effort himself, and worst of all, his questioning would often occur in front of the boys (no filters!!), predisposing them to turn up their noses at whatever the meal might be, rather than encouraging the adventurousness we’d imagined early-on.

After a while, every time he came at me with his “thundercloud offense,” I would testily remind him that cooking was supposed to be part of the Mr. Mom job description, and yet here I was, picking up his slack (yeah – I can be mean), and all he could do was criticize. I had tons of cookbooks; I subscribed (or had subscribed) to and retained virtually hundreds of issues of a few different cooking magazines; then there was the internet. He could read, and I had seen him follow recipes successfully. So he’d try: he would attempt to put together plans for the week, though ironically, as much as he could breezily cut down my meal choices, he agonized over making decisions about what to put on the menu himself; at one point I even found and signed up for a service that would send weekly menus and shopping lists. He’d stick with something for maybe a few weeks at a time, only to fall victim to the thundercloud offense, turned on himself.

If you’re wondering how this story could possibly conclude in anything short of divorce, you’d be justified; but take heart, oh lovers of happy endings: there was a solution, and we’ve been enjoying it for well over a year and a half now. Back in the summer of 2017, without telling him what I was doing, I subscribed to a meal service (think Blue Apron, though that was NOT the specific provider). It was a gamble, and I knew I’d take heat for it, but I’d found one that I was really excited about. A chef with global culinary experience; 18 meal selections to choose from each week; organic and/or seasonal and locally sourced ingredients wherever possible, including everything needed except oil, salt & pepper (and equipment); minimal packaging that was nearly 100% recycled/recyclable. A day before the first box showed up, I casually mentioned it. Naturally, Captain Thundercloud thought it was a stupid idea, but then we cooked the first meal. Together. Then the second, and the third. He was enjoying it. The boys were enjoying it.

After 2 or 3 weeks, he was hooked, to the point where he was actually telling people about it, unprovoked. We cooked together, each of us at our own station flanking the stove – divvying up the prep (which was typically fairly minimal). Was it more expensive than it would have been to buy the ingredients for the same meals? Yes. However, we had a variety and healthiness to our meals that had been missing for a very long time. And I was no longer guiltily throwing away heaps of uneaten leftovers and bags of slimy, decomposing produce that we had no choice but to buy in quantities much greater than what was really needed. The meals often yielded a bit of leftover, but just enough for lunch for a day or two. My refrigerator was Konmari’d – staying cleaner, less cluttered, and gloriously free of the mystery aroma of rotting oh-god-what-was-that, and I was spending less on food than I ever had. (One element: we now hardly ever felt like we had to go out for dinner to compensate for the fact that we weren’t moved to eat what was in the fridge, or to come up with something to make).

Our days of kitchen warfare were over, freeing up precious time to argue over more pressing things, like shoes left in the middle of the hallway. 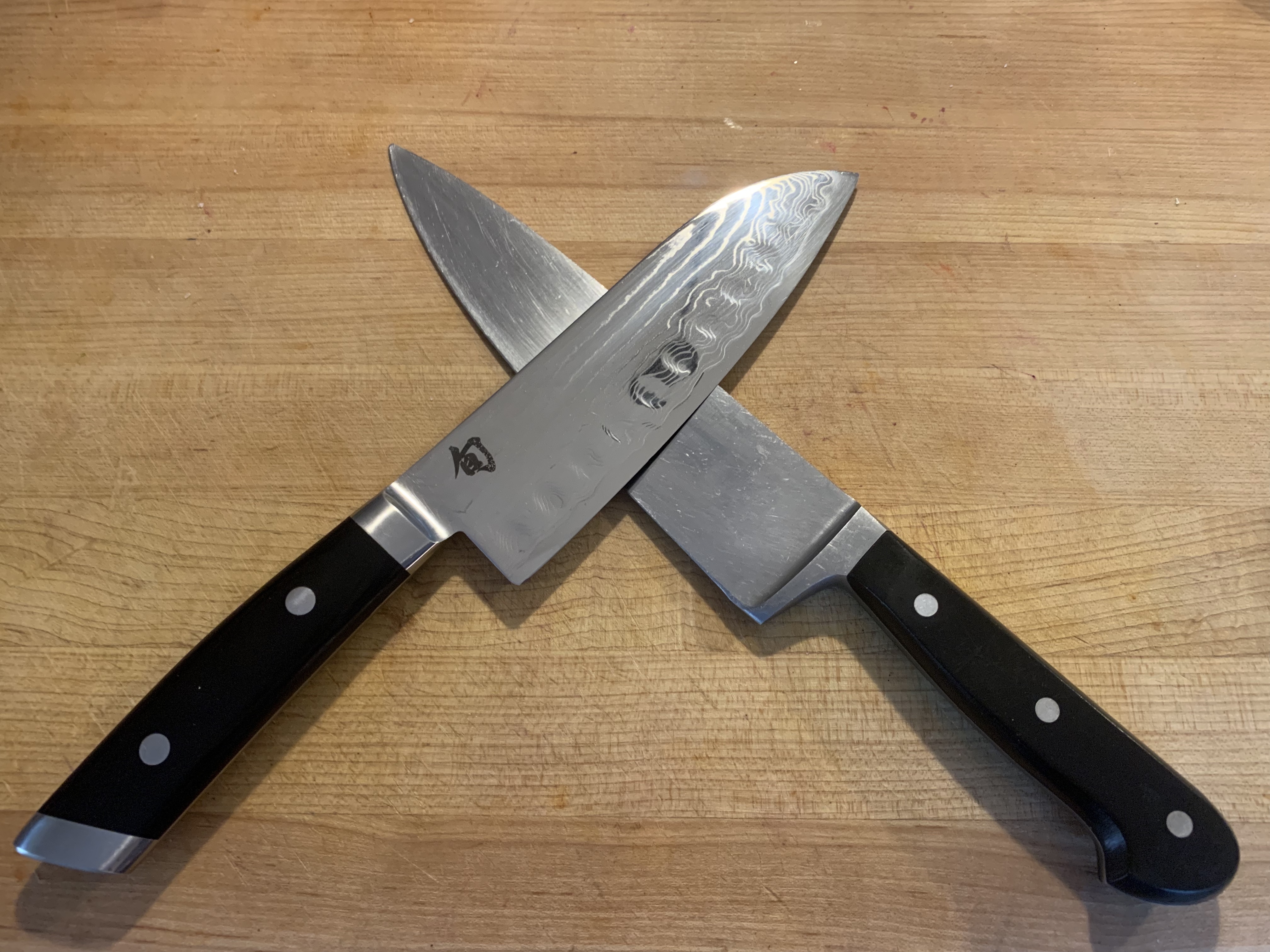